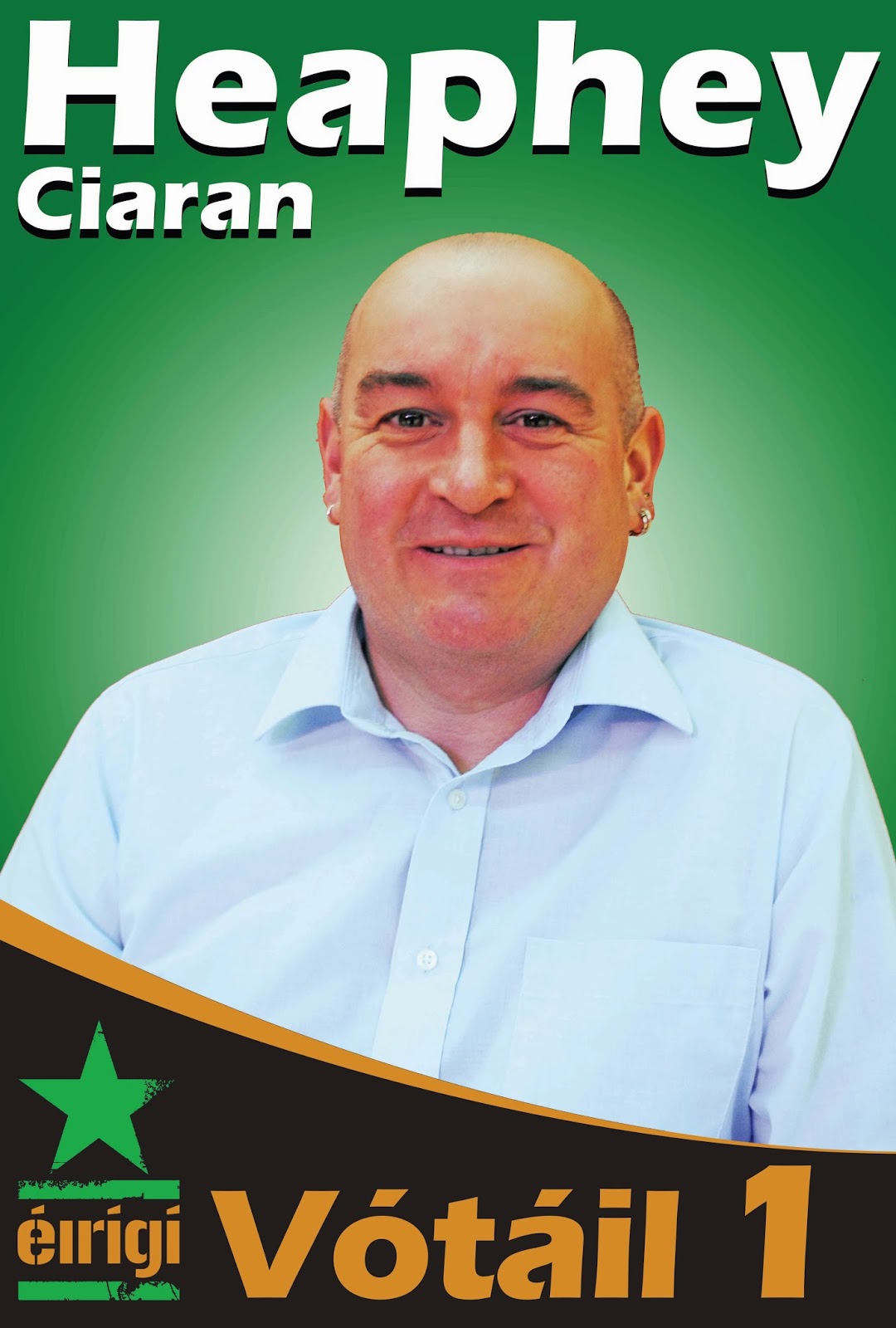 Over the last five years Ciaran Heaphey and other éirígí activists have been involved in a wide range of community-based campaigns in Coolock, Donaghmede, Darndale, Edenmore and the rest of Dublin North-East. From fighting the unjust home and water taxes, to opposing the proposed Clonshaugh sewage plant and working with communities to tackle the plague of home burglaries éirígí activists have consistently backed the rights of our community. Now we are asking you to back us by voting for Ciaran Heaphey in May’s local election.

Here are just some of the issues that Ciaran Heaphey and éírígí have been actively working on. If you like what we’ve been doing make sure to vote for more of the same.

Fighting the Unjust Home and Water Tax: éirígí has already distributed tens of thousands of information leaflets opposing unjust home and water taxes to homes across the area. We have also organised community meetings and called protests outside of local Fine Gael and Labour party offices. The battle against both of these ‘Troika taxes’ continues with the new water tax set to be introduced in October 2014. Ciaran Heaphey knows that many families cannot afford to pay the estimated €350 a year for water, and he will be standing shoulder to shoulder with those families over the coming months and years.

Burglaries and Anti-Social Behaviour: Many parts of North East Dublin have seen a dramatic increase in home burglaries over the last couple of years. In response éirígí organised a series of very well attended public meetings. These meetings resulted in residents establishing their own neighbourhood watch projects in a number of areas. Ciaran Heaphey believes that many of the problems we face locally can be solved by citizens coming together. Together we are far stronger.

Opposing the Clonshaugh Sewage Plant: Fingal County Council’s decision to locate a massive sewage treatment plant in Clonsaugh has been met with widespread opposition. Ciaran Heaphey believes that the views of the local community need to be respected. He is already working with residents to help build a campaign of resistance to the Clonsaugh plant.

Fighting Against Evictions: éirígí believes that no family should face eviction as a result of inability to pay their mortgage or rent. There is always a better solution than removing people from their home. Over the last number of years éirígí have actively supported families who are facing
eviction. On a number of occasions our activists have helped physically prevent evictions from going ahead. Ciaran Heaphey is always available to anybody facing the threat of eviction.

Ciaran Heaphy has been a community and political activist for over twenty years. Throughout all of that time he has stood with working class communities as they battle against oppression, exploitation and injustice. As a socialist republican Ciaran believes that we need a new all-Ireland Republic that puts the needs of the people ahead of the greed of the corrupt bankers, developers and politicians. He also understands that change must happen at a local level before it can happen at a national level. On May 23rd vote for change, vote for a new voice in Dublin City Council. Vote Ciaran Heaphey.
at 1:36 PM