Day of action in Beaumont/Donaghmede

On Saturday 16th February éirígí Dublin Northeast members were hard at work. The day began with members delivering leaflets to residents in the Coolock Village area before organising our regular information stall at the Northside Shopping Centre.
The information stall received a strong response from locals who were eager to speak to members on issues from the water tax to the planned sewage plant in Clonshaugh.
After the stall activists attended our water tax protest at the Artane Roundabout. The protest was held to highlight the anger in the Northeast area towards the implementation of the water tax. 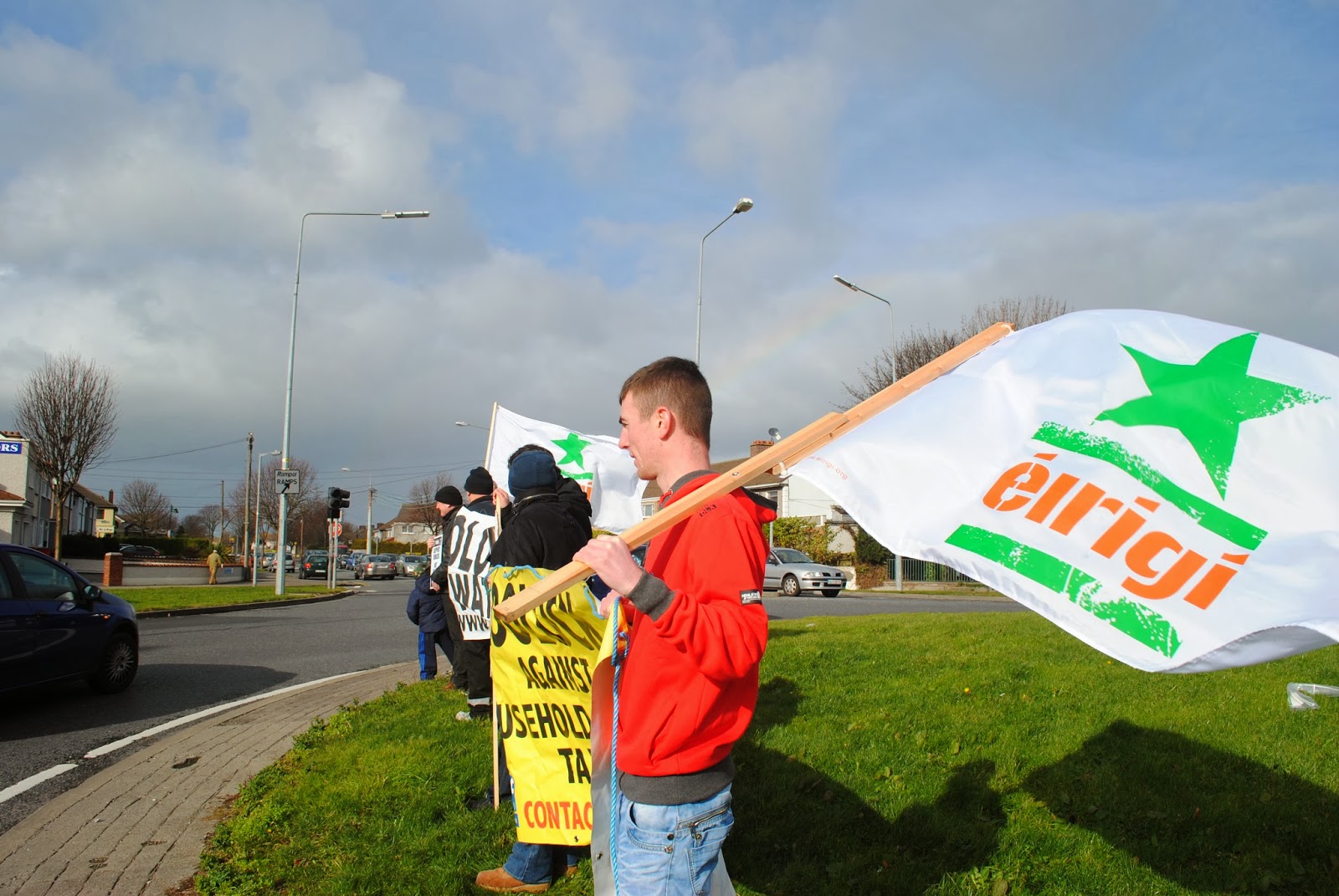 The protest received a good reaction from the public. A lot of passers by shouted and beeped from their cars in support of the action.
Reflecting on Saturday's events, éirígí Local Election Candidate Ciarán Heaphey said: “Saturday was a great success. It was great to get so many activists out and get the Socialist Republican message to so many local residents throughout the day in the Beaumont/Donaghmede constituency.”
Heaphey continued: “The protest gave us an opportunity to highlight the soon to be introduced water meters and the contempt in the surrounding working-class areas for the water tax. The public anger with the water tax could be clearly seen with the majority of the public who witnessed the protest showing solidarity and support towards our activists.” 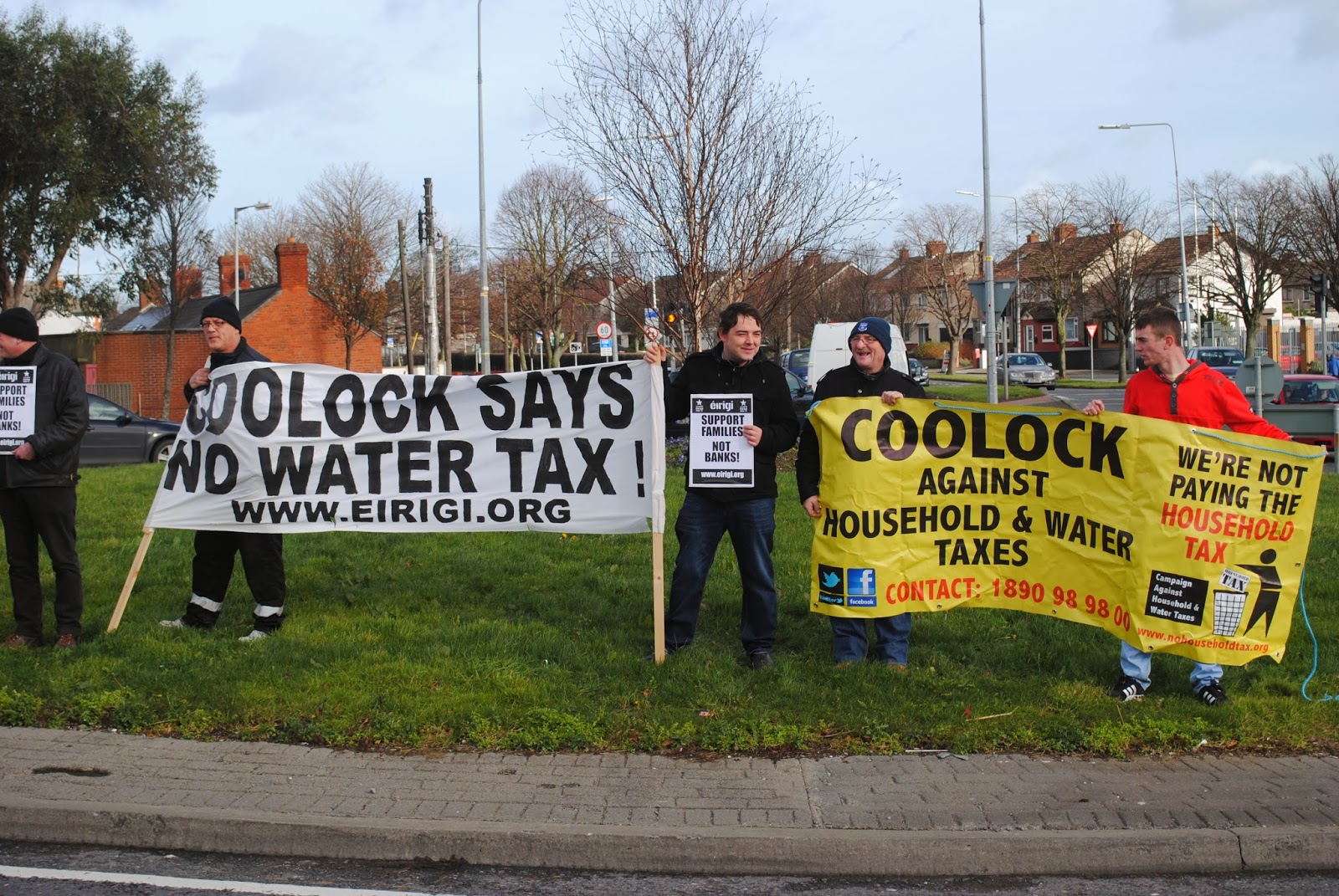